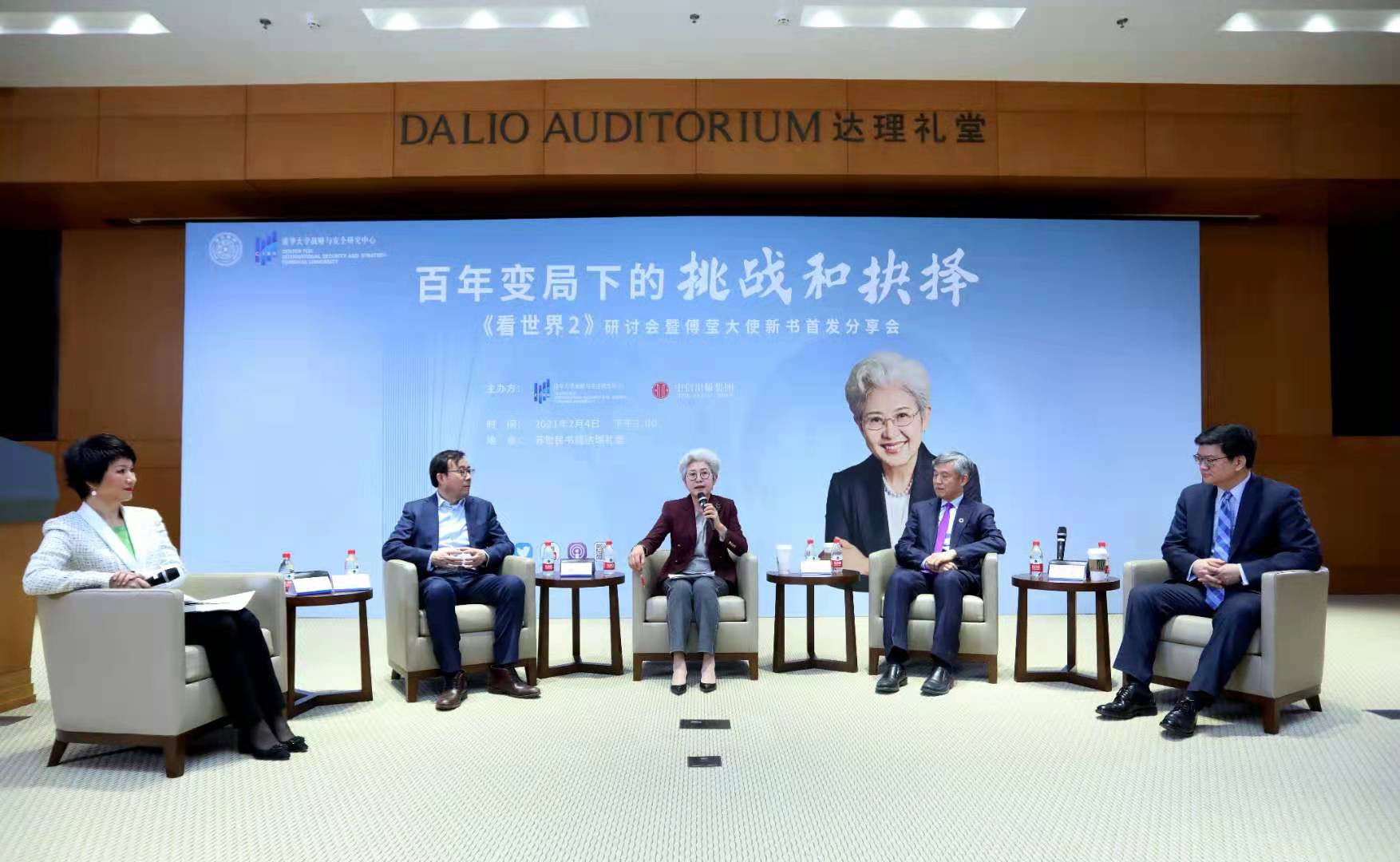 In her introduction to the new book, Fu Ying shared her writing experience from the first volume to the second volume of Seeing the World. This book focuses on the world’s concerns about China and China’s response to certain issues, considering the changing international landscape over the past few years. Fu Ying said that the international situations have been undergoing drastic changes lately. As President Xi Jinping commented on the profound changes confronting the world unseen in a century, “China is in the best time for development since modern times. The world is experiencing profound changes unprecedented in a century. This best time of China and the unprecedented changes of the world are intertwined and mutually reinforcing.” In a changing era like this, it has become ever more imperative to learn new things, deepen our understanding of international affairs, and broaden our views. While entering the international arena, China is also expected to improve international communication and contribute as many China-related content and information as possible to the international information library, so as to foster a more un-biased and comprehensive and image of China in the international society. 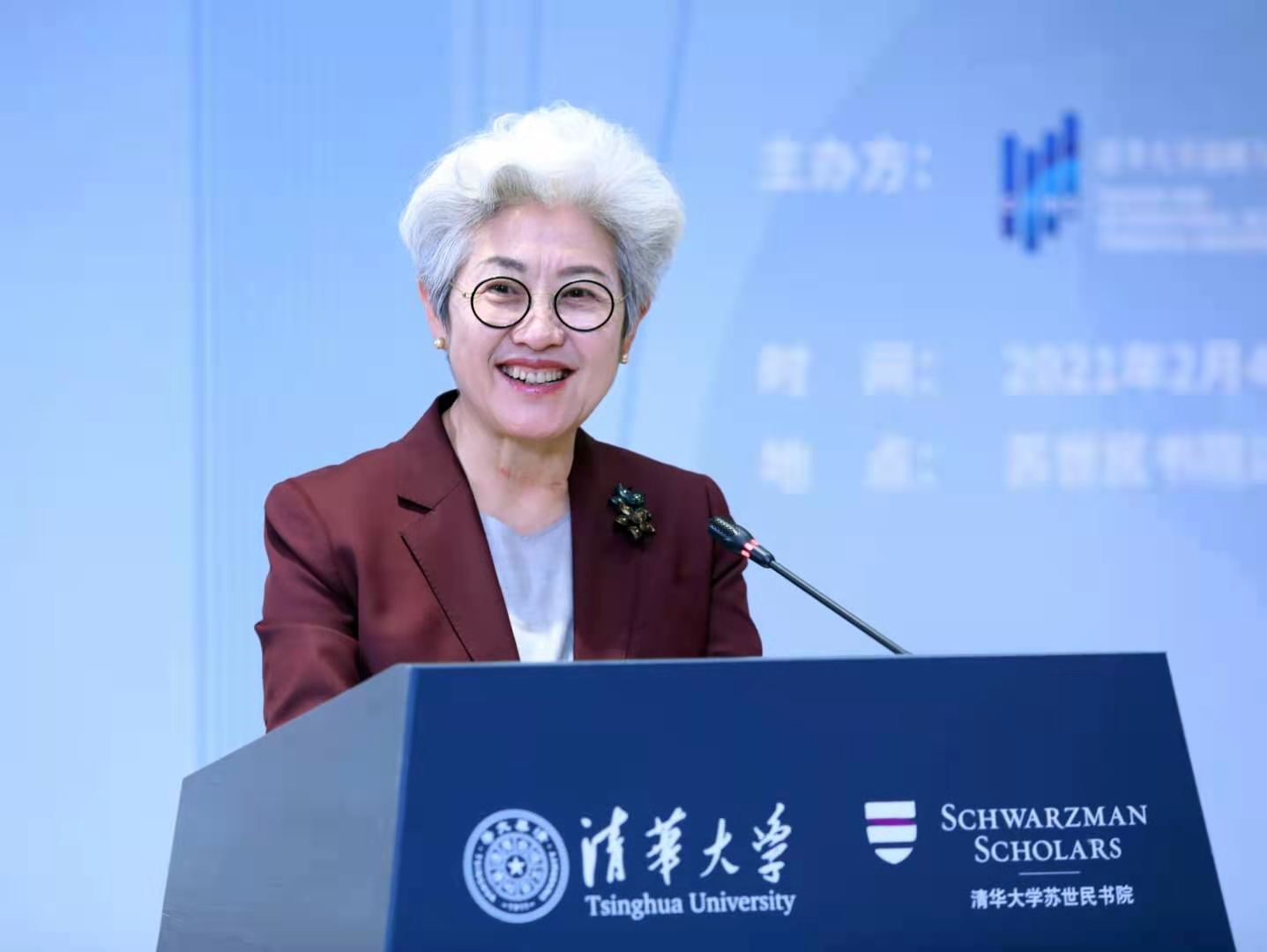 Fu also remarked that the purpose of communication is to enhance understanding. Mutual understanding is the foundation of trust, and trust is the foundation of cooperation. With such a goal in mind, one will certainly speak from his heart and take into account the comprehension ability and acceptance of audience with emphasis on the basis and persuasiveness of the speech.

The guests exchanged views on Fu Ying’s new book. Xue Lan held that this book serves as a guideline for readers to understand the “profound changes unseen in a century” from three perspectives. First of all, it tells us that our perception of the world should be based on the international landscape, globalization and changes of technologies. Secondly, it reveals to us how the world sees us, or, the world’s understanding of China, in the mirror of the author’s valuable first-hand experience. Thirdly, instead of an either-or stance, the book adopts a third-person point of view to reflect on the “mutual understanding between the world and China.” It will occur to the readers that today’s China needs to enhance the mutual understanding and communication with the world from a wider range of perspectives and in more diversified ways.

Peng Kaiping analyzed Seeing the World 2 by illustrating the two-fold meanings of “what to see” and “how to see” in different information contexts. He believed that this book presents to us the experience and hardship a former diplomat endured and pointed out some important issues to understand: to see the world, we need to focus on the changes in the current international situations, look into the underlying issues and define our own principles and cognitive orientation. To this end, Fu Ying offers us a textbook to help us “see the world as it is.”

Da Wei remarked that Seeing the World 2 provides readers with three basic perspectives of seeing the world, namely the international landscape, globalization and changes of technologies. At the same time, Fu Ying demonstrates a strong awareness of engaging in a dialogue with the world, including one between people, and one between China and the world. “Seeing the world” is also a process where a Chinese scholar mulls over the world flowing with strong reflections and extensive critical thinking. Besides, the diplomatic stories experienced by Fu Ying in the book are highly riveting and coherent.

During the Q&A session, guests were engaged in a discussion on various questions from the audience. One question starts from a quote in Seeing the World 1, “What is difficult for China is that we are brought to a higher-level platform unexpectedly. Like those who are on the stage but turn their back to the audience, it often appears that we are still an onlooker.” Has China turned around by now? Fu Ying commented that “turning around” is a process involving too many complex issues to get there at one stroke, so we need to remain patient, hope for the best and work strenuously and consistently to improve China’s external communication and image building. According to Xue Lan, scholars are expected to act more ambitiously and proactively, in order to make our voice heard on the international arena. From the perspective of the role-play theory of social sciences, Peng Kaiping contended that we are not likely to hold all the cards for “turning around”, leaving the spotlight and camera lens to present the roles on the stage and their performance. Da Wei pointed out that it took the United States more than 50 years to “turn around,” a transition from the world’s largest economy in the late 19th century to a strategy benchmark of international diplomacy following the Second World War. The time may be even longer for China to “turn around”. More importantly, we need to develop the awareness that we are “in the middle of turning around” and manage the process of “turning around.”

Fu Ying together with the other three guests also answered questions about the international landscape, China-US relations and the international communication of China’s image from the audience online and offline.