The 2020 U.S. presidential election is considered “the most important election in American history.” With the pandemic adding to the uncertainty of this general election, its results will have far-reaching implications for the global economy and the international landscape. In light of this, a lecture themed “U.S.-China Relations after the U.S. Presidential Election” was held on November 5th, with a panel of guests including Professor WANG Jisi, President of the Institute of International and Strategic Studies at Peking University, Professor ZHU Feng, Executive Director of the Collaborative Innovation Center of South China Sea Studies and Director of the Institute of International Studies at Nanjing University, Professor DA Wei, Assistant President of the University of International Relations, and Associate Professor DIAO Daming of the School of International Relations at Renmin University of China. The event was moderated by YANG Rui, Partner of International Affairs of TMTPost who is well-known as a former CCTV anchor. This is the 5th Lecture on Security and Strategy. The panelists engaged in a robust discussion on the theme, sharing their forecasts of the U.S. general election and the prospects for future U.S.-China relations, and exploring the strategic landscape of global governance with Tsinghua students and faculty. 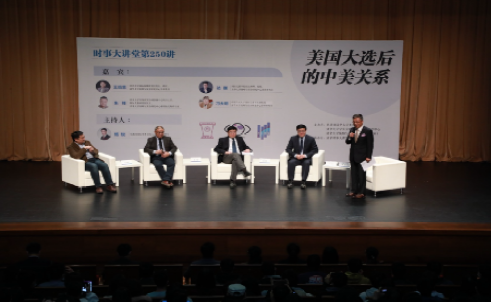 | The panel of the lecture

YANG Rui started by encouraging the panel to set out academic and authoritative “definitions” of the uncertain U.S.-China relationship and of globalization, emphasizing that new definitions are absolutely imperative for the analysis and establishment of new foreign relations. With his impressive expertise and sense of humor, Mr. YANG kicked off the discussion on U.S.-China relations and the U.S. presidential election. 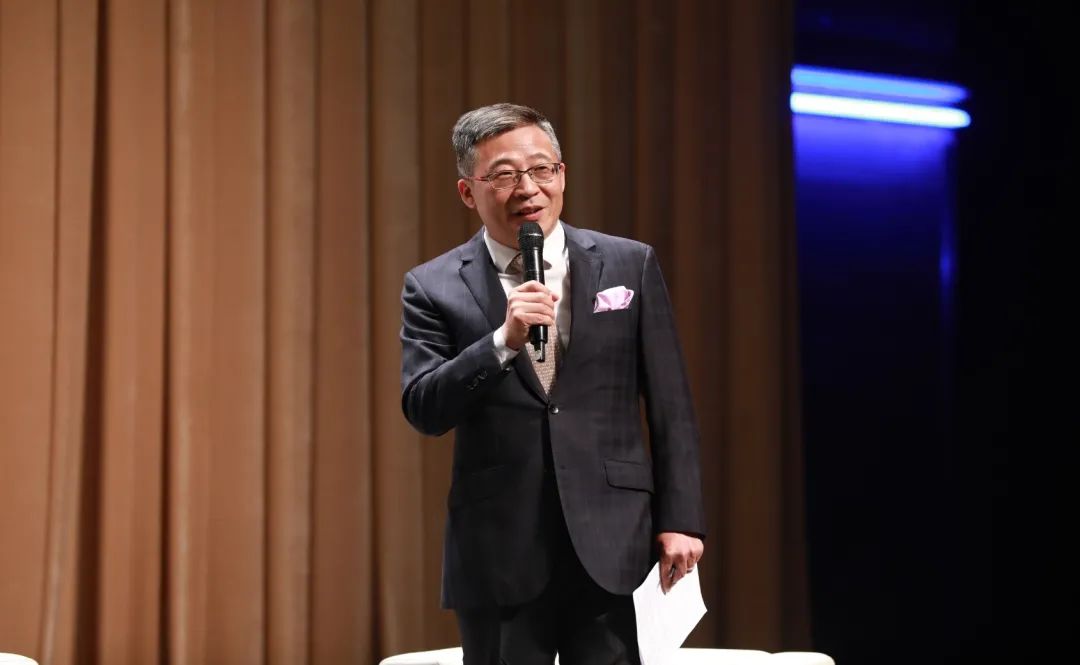 Professor WANG Jisi shared his views on U.S.-China relations with a revisit to the speech by General Secretary XI Jinping at a symposium commemorating the 75th anniversary of the victory of the Chinese People’s War Against Japanese Aggression and the World Anti-Fascist War. He noted that what we aspire for U.S.-China relations at the end of the day is one thing and one thing only—the reconciliation and re-stabilization of the bilateral ties, both politically or economically. It is yet undeniable that China will be America’s greatest challenge and its major strategic competitor, and we will defend our development against any risks or challenges and do so with vigor. 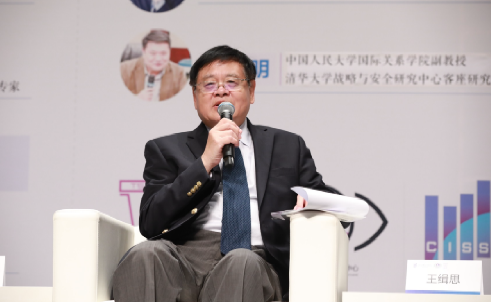 Professor ZHU Feng explained that great-power competition is essentially about power politics, power contests and power games, and the U.S. and China are arguably among the ranks of world-recognized great powers, or even superpowers. China’s rise is full of opportunities and challenges. Students were advised to build a coherent logic framework based on relevant historical information to facilitate a sensible and rational understanding of U.S.-China relations. 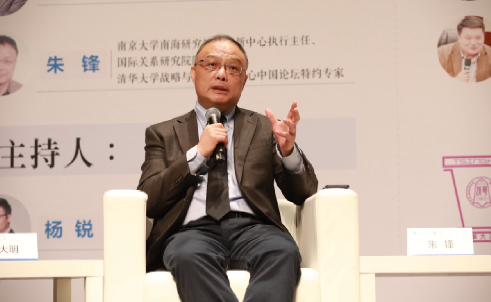 | ZHU Feng on U.S.-China relations from a historical perspective

When talking about the impact of the U.S. election on U.S.-China ties, Professor DA Wei encouraged the students to reflect on the influence of the so-called We-media, a term for digital communication platforms where real-time information is delivered by the general public, on our views of this bilateral relationship, and called for the right approaches to politics observation and political forecasting. 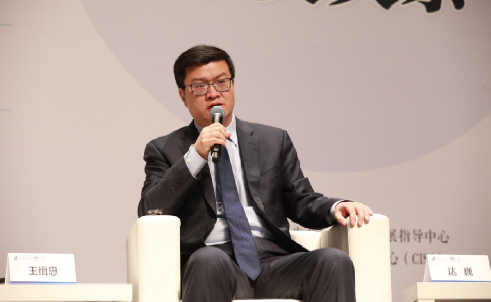 | DA Wei on elections in the U.S. and China

The discussion was followed by Associate Professor DIAO Daming’s interpretation on the 2016 and 2020 U.S. presidential elections. By comparing previous and current elections, he shed light on the bargaining chips and canvassing styles of the Democratic and Republican parties in this general election, leading to an intense exchange of views among the panelists on this topic. The panel, with their strong expertise, elaborated on the history and realities of U.S.-China relations and the landscape of great-power politics, and advised the young audience to develop a scientific perspective and an evolving worldview. With the panelists’ thorough and profound analysis on the ruptured ties between China and the U.S., the lecture effectively offered the audience the excitement of informative and intellectual discoveries. 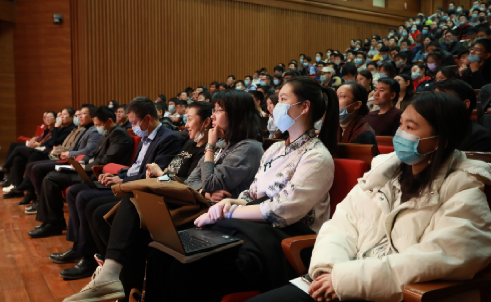 | Audience of the lecture

The audience engaged further with the panel in the Q&A session. Professor WANG Jisi mentioned that the top concern regarding U.S.-China relations is the technology and cultural decoupling between the two countries. Professor ZHU Feng noted that as a rising power, China should really think about how it is going to respond to U.S. containment and forge ahead with its development, which is in no way a distant topic. Indeed, China’s younger generations will be obliged to find the answer. | Pouring questions from the audience

The panel received rounds of applause from the audience in appreciation of their intriguing insights and fascinating dialogues.