WANG Yuanfeng, Jersey Wang LEE: UK and China should work together in addressing the climate crisis

Since the industrial revolution, environmental challenges such as climate change, biodiversity loss and pollution have grown in number and severity as a result of ever-increasing greenhouse gas emissions and pollutants, disrupting the balance in the Earth's ecosystems and laying bare the growing tensions in the relationship between humans and nature. In a report titled Making Peace with Nature released in February 2021, the United Nations Environment Programme pointed out that climate change, biodiversity loss, and environmental pollution are the three major crises that the Earth is confronted with. The three interlinked crises threaten humanity's viability as a species. Among the three aforementioned crises, climate change poses the most sever challenge and is the one in most urgent need of solving. 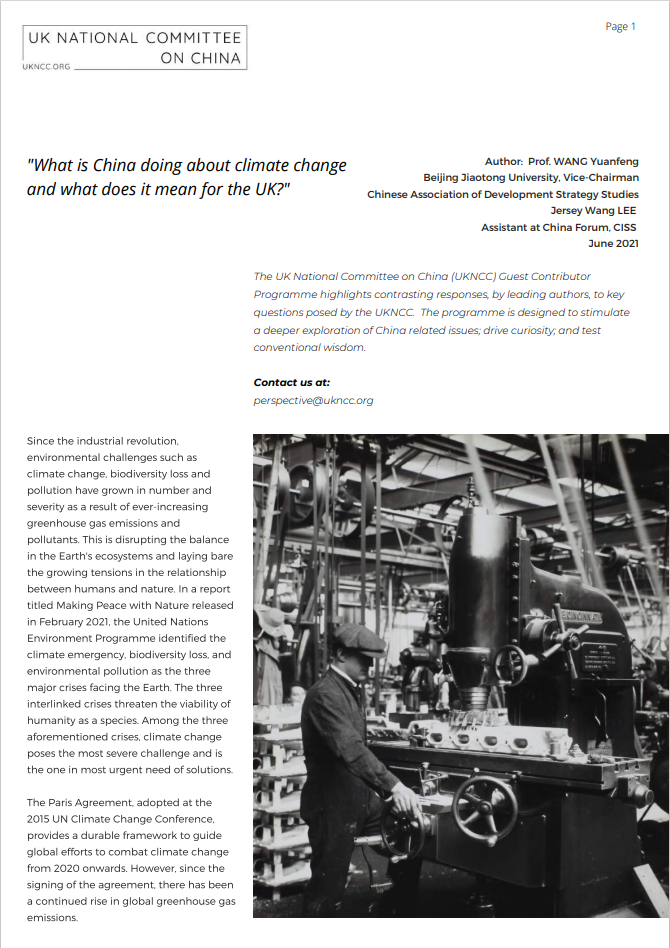 The Paris Agreement was adopted at the 2015 UN Climate Change Conference, providing a durable framework guiding the global effort to combat climate change starting from 2020. However, since the signing of the agreement, there has been a continued rise in global greenhouse gas emissions and most countries' climate actions have failed to put humanity on a path to meet the Paris Agreement goals. UN Secretary-General Antonio Guterres has called on nations of the world to submit stronger, more ambitious national climate action plans that cuts global emissions by 45 percent by 2030 from 2010 levels, and reach net zero emissions by 2050(https://www.un.org/press/en/2020/sgsm20499.doc.htm).

To that end, the UK has also established itself as a climate leader with the world’s most ambitious emissions reduction target. On April 20th, 2021, the UK announced new climate targets, aiming to achieve a 78% reduction in annual carbon emissions by 2035 compared with 1990, a 10% further reduction target than before; this target is set to be enshrined in legislation in June. For its part, on September 22nd, 2020, China’s President Xi Jinping declared during a speech to the UN assembly that China will not only commit to peaking carbon emissions in 2030, but also achieve carbon neutrality by 2060. As a country still in the process of development, China has set an ambitious timeline for carbon neutrality, only a decade behind many developed countries that had already undergone decades of deindustrialization and economic transformation. These commitments are welcome news and certainly a major step in the right direction. 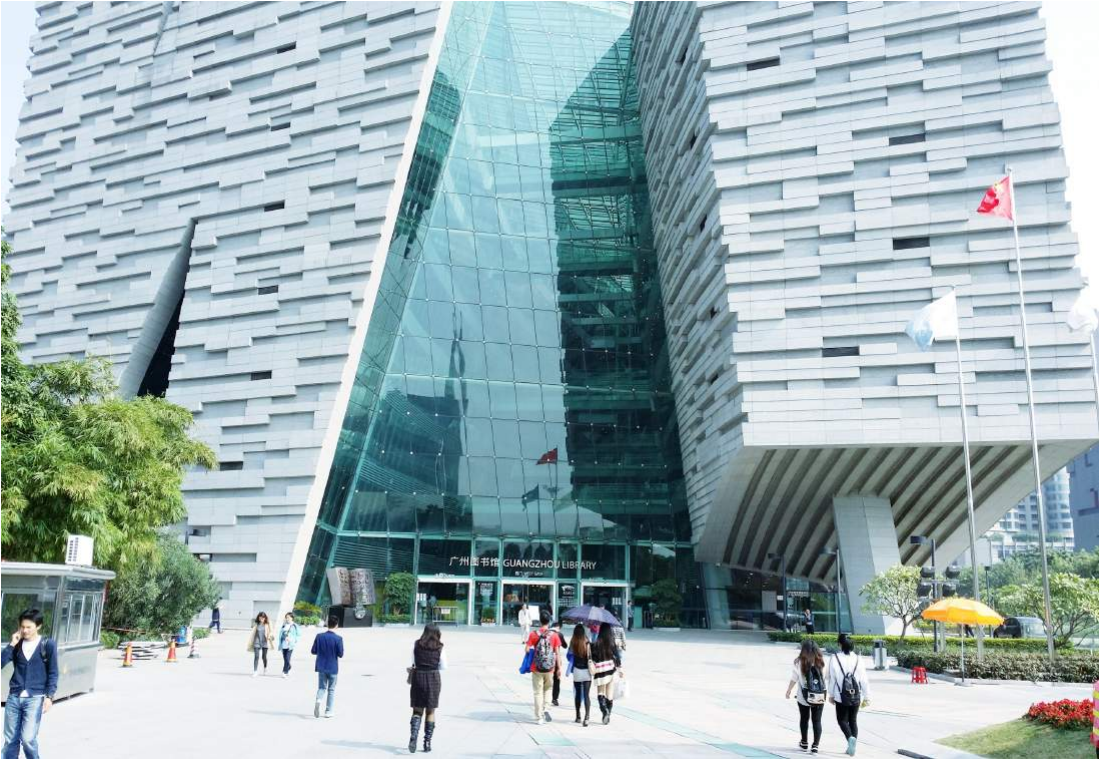 Therefore, as China is the world biggest greenhouse gas emitter and also the largest renewable energy electricity and automobile provider and consumer, China and the UK have great potential to work together in exploring effective pathways in leading their respective nations to achieve carbon neutrality and address the global climate crisis.

China is helping in this regard. As the world leader in clean energy, China has been manufacturing solar panels and wind turbines at a price competitive with traditional fossil fuel. From just 2008 to 2013, the growth in China’s solar panel manufacturing capacity has dropped its global prices by 80% (https://www.scientificamerican.com/article/why-china-is-dominating-the-solar-industry/). China has continued to provide incentives and support for technological innovation and manufacturing upgrades that can help not just itself, but the UK and the whole world to rapidly transition towards a cleaner future, directly through providing the infrastructure at lower prices, and also indirectly through injecting renewed competition into an industry crucial for the world to successfully achieve its climate commitments. This is especially important for less developed countries that have not yet entered the stage of industrialization historically associated with the most intensive usage of fossil fuels; without providing them with an affordable clean energy alternative, they may be forced to choose between the economic livelihood of their citizens, and a cleaner planet for all.

While developed countries such as the UK have been able to make significant progress in converting their energy infrastructure from being fossil fuel dependent towards much greater utilization of renewable energy, some challenges do remain, especially in terms of issues such as base-load energy, energy storage, and ramping energy usage. This requires international cooperation between scientists and experts to find the most effective solution these issues, whether that requires technological, social, or infrastructure changes.

The UK can also make an important contribution to the global effort. UK has long been a world leader in renewable energy and climate action, as dealing with climate change has broad consensus across the political spectrum in the UK. With London being a major international financing hub, the UK has leveraged its position as a global financial superpower to push the economic transition in a greener direction. Starting this year, after fully leaving the EU, the UK has set up its own domestic Emissions Trading Scheme (UK ETS) (https://www.spglobal.com/platts/en/market-insights/latest-news/electric-power/031721-uk-targets-carbon-pricing-to-help-deliver-net-zero-emissions) to replace the European emissions trading market. As the “world’s first emissions trading scheme with net-zero emissions target”, from day one it has lowered UK’s emissions cap by 5% from when it was under the EU’s emissions trading scheme. Recently, the Bank of England has set out plans (https://www.reuters.com/world/uk/bank-england-plans-green-its-corporate-bond-holdings-2021-05-21/) to use 20 billion pounds of corporate holdings to encourage companies to cut emissions even faster, and incorporated this into the UK’s broader action plan for achieving net zero emissions. The UK can use its extensive experience in using financing to achieve climate change goals to help other countries, including China, promote their own nascent emission trading schemes (https://mobile.reuters.com/article/amp/idUSKBN29G083) and better utilize financial tools. The two countries have large room for cooperating on ETS linkage and green finance mobilizing.

Humanity is at a crossroad. Which path we move towards will depend on the action that we take, starting at the UK’s COP 26 this year, and how we work together, using our respective area of specialization, to help each other and the world curb climate change. There is not a moment to waste. Countries need to shelve their differences, stand in firm solidarity, and take immediate concrete actions. China and the UK, as two great nations, should have the wisdom to together build leadership in tackling the climate crisis.

Jersey Wang LEE is a strategic analyst at Shanghai Boshigao Environmental Technology Co., Ltd. He is also an assistantat China Forum, Center for InternationalSecurity and Strategy, Tsinghua University(CISS). He has a M.S degree in Civil and Environmental Engineering from University of California, Berkeley, U.S.A.

Next：ZHAO Huasheng: Assessing the Trend of the Indo-Pacific Strategy