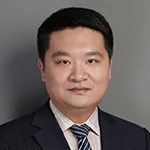 Dr. DIAO Daming came to School of International Studies, Renmin University of China in 2017 as associate professor. His research focuses on American politics and Sino-U.S. Relations. Prior to joining RUC, Diao served as assistant professor at Institute of American Studies, Chinese Academy of Social Science from 2012 to 2017, and worked as assistant director and postdoctoral researcher at Tsinghua University’s Center for U.S.-China Relations from 2010 to 2012, where he taught courses on the American Government and Politics and managed the Tsinghua’s training program for the U.S. federal officials.
Diao is the author of Deconstructing the Capitol Hill: U.S. Congressional Politics and Its Members’ Actions Towards China (With Prof. Zhang Guang, Current Affair Press, 2013), The Purse of the State: U.S. Congress and Appropriations Politics (Shanghai People’s Publishing House, 2012), The Handbook of U.S. Congressional Studies (With Prof. Zhang Guang, Fudan University Press, 2008). He is the Chinese translator of Congress and Its Members 14th ed. Diao has published more than 30 academic articles on American politics and Sino-U.S. relations in Chinese leading peer-viewed academic journals. He is also a regular columnist for notable newspapers and magazines, and a media commentator for national TV programs including CCTV.
Diao received his doctorate in public administration and policy from Nankai University, China. He received his Bachelor of Law in political science and Master of Law in American politics from Nankai. Diao was visiting scholar at the University of Montana’s Maureen and Mike Mansfield Center in 2008 and was the APCSS fellow in 2011. From 2014 to 2015, he spent a visiting scholarship at Institute for U.S.-China Issues, University of Oklahoma.